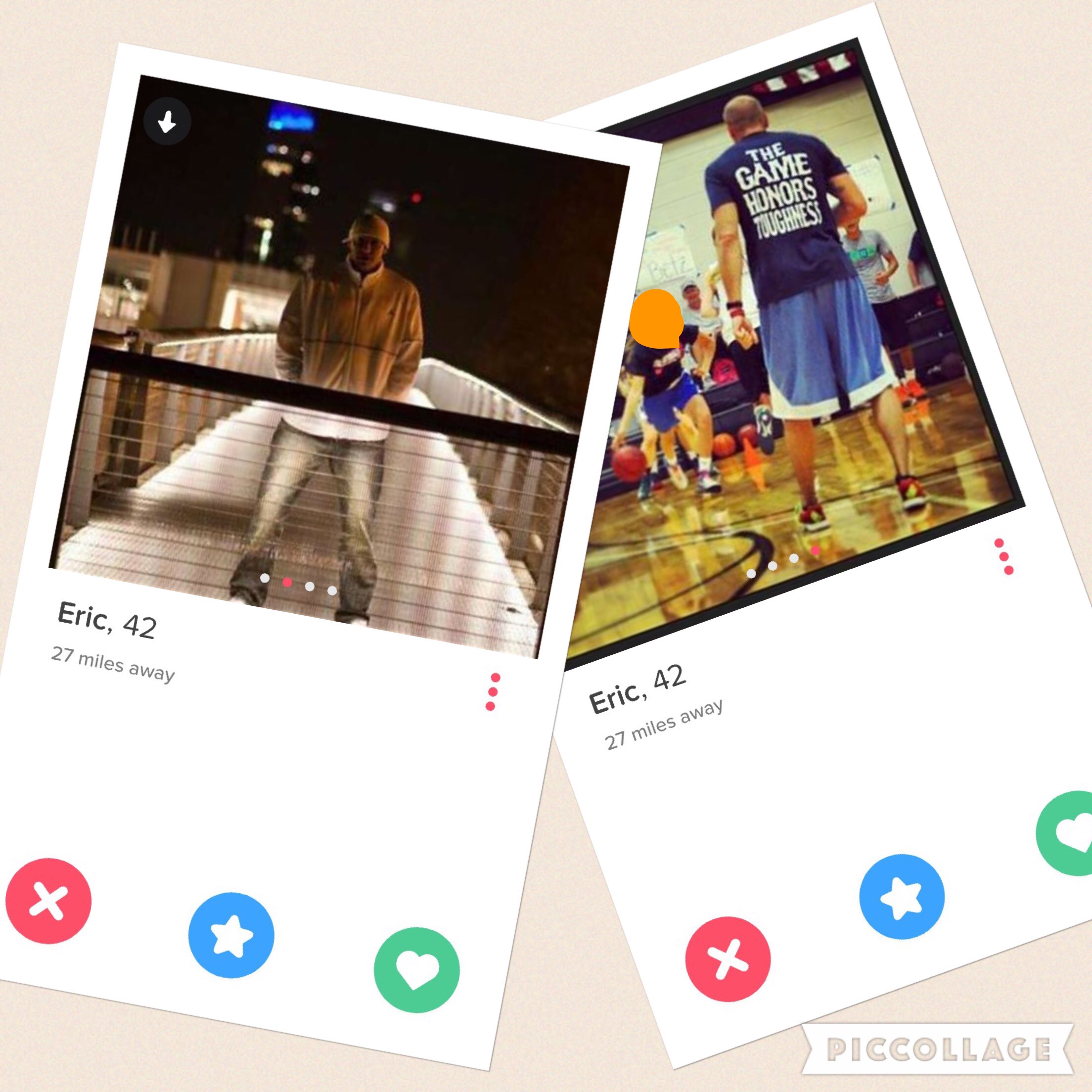 Observations, Opinions and a Sprinkle of Speculation:

Throughout my relationship with Michael “Clay” Basham, I would ask him if he had deleted his Tinder profile.  Since we had discussed that we were exclusive, I had deleted my profile and the app.  Clay told me that he deleted the app, but didn’t know how to delete his profile from the website.  Playing dumb was frequently his a “go to” excuse, I started taking for granted that he was dumb.  …then again, I believed him.

Months into the relationship, I asked him again if had deleted his Tinder profile.  He repeated that he didn’t know how, but volunteered that his son had been playing on his phone recently, and he caught him swiping left and right on the app.  This was weird, since Clay had previously told me that he deleted the Tinder app.  I wonder if it was his son that swiped right for his new girlfriend/wife, because he did tell me that he wasn’t on any dating sites, but he met her in February…while dating me.

For the sake of argument, let’s say that this “Eric” fellow, is actually Michael “Clay” Basham.  Because who’s “Eric”, besides the name of Clay’s high school best friend, anyway!?  I think if you know him at all, the likeness is uncanny.  My friend, that knows about he and I, immediately sent me screenshots when she recognized him (or his Doppelgänger?).  What will be his excuse this time?  Did he think that picture number 3 would grant him Shaggy status and sing “It wasn’t me”?  He’s done it several times with me, so I don’t doubt it.  My friend was almost exactly 28 miles from the town he lives with his new girlfriend/wife at the time she did the screenshot.  Coincidence?  I think not.  And come on, 42? lol.

Another friend told me that in order to have a Tinder account, it has to be linked to a Facebook account that displays your account name.  Unless, you pay $20/month.  I guaranteed that his cheep ass wouldn’t pay for it.  She immediately found an account for an Eric Basham.  Is it the missing link?:

At the bitter end of my relationship with Michael “Clay” Basham, I found that he had set up a profile on the dating site badoo.com.  I confronted him, and he told me that it was an old profile from before we met.  I pointed out, that it was complete with his current city of residence that he moved into after he had moved out of my house.  Which, was across town from where he lived when we had first met.  He became blessed with a new set of memories and informed me that it had to be from when we were “on a break” (okay, Ross).  He assured me that he “never dated anyone from that site.”  This was mid-March 2016.

Despite their “neighbor’s” challenges about my motivations behind this blog, I have held steadfast.  Seriously, does a leopard really change his spots in a couple of months, from those he’s worn for years?  I didn’t believe it for a second.  Only time can/could tell…teach…reveal.  Like I told the “Concerned Outsider” (their alleged neighbor), “I’m interested in seeing the before/aftermath”.  In that I knew it was just a matter of time.

Is “Eric” the new “Clay”?  Or, is it his single and ready-to-mingle doppelgänger?   I doubt that “Eric” has a website uncovering his narcissistic sociopathic con man endeavors.

Like they say, a narcissistic sociopath always has an escape plan.  I wonder how many doppelgängers that Michael “Clay” Basham has!  Let me know if you find another one!

See you next (but really this) Tuesday!

One thought on “Tinder”