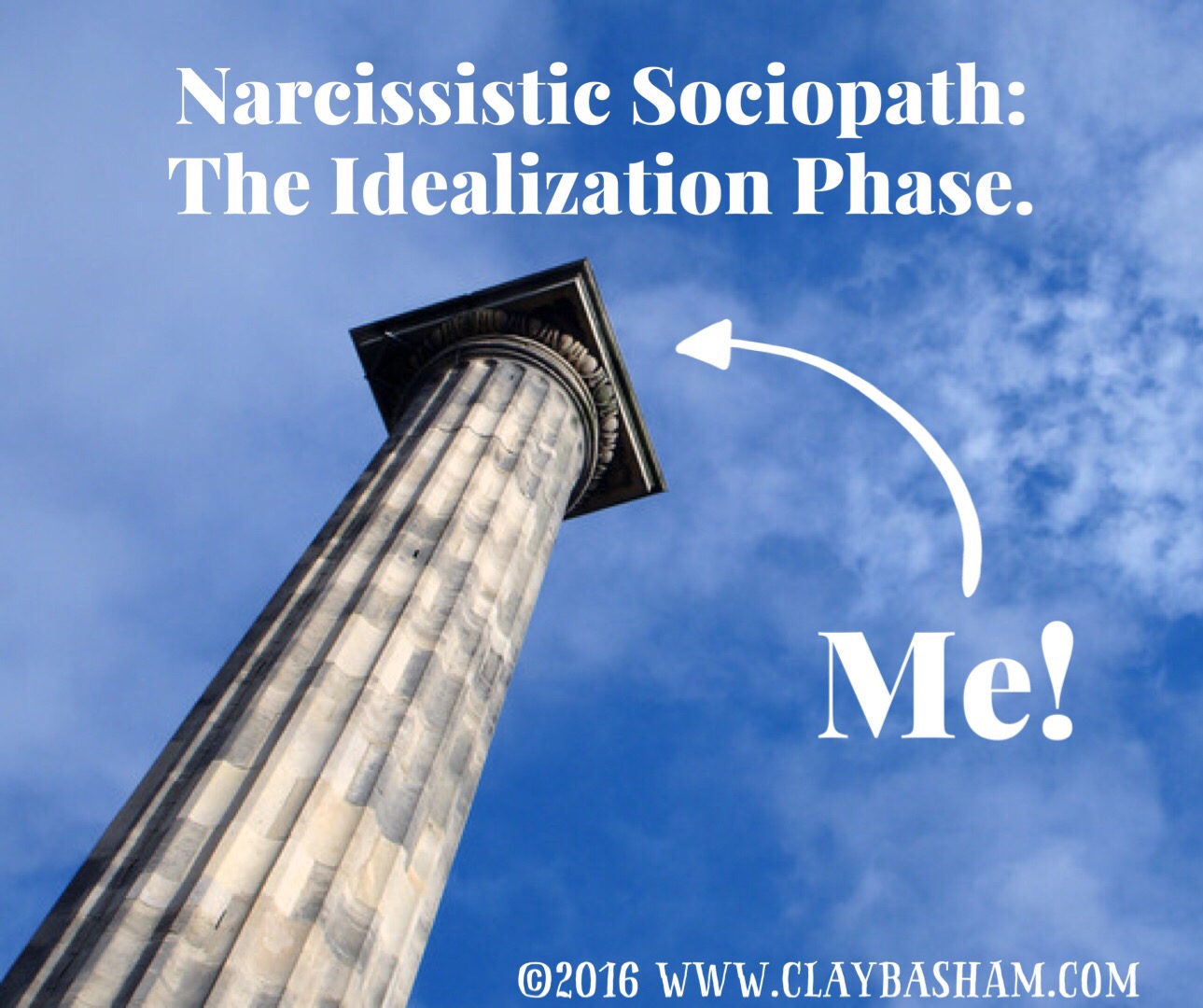 The Idealization Phase of a relationship with a narcissistic sociopath is intoxicating. It deliberately delivers a heroin-like high, with the perceptions of all of your wildest dreams coming true. Have you heard of the phrase “we’re not perfect, but we’re perfect for each other”? Well, this is the narcissistic sociopath’s platform. They make you feel like you were made for them. You’re soulmates. They take you to the highest of highs, making the crash that much more devastating.

Thigh high silk stockings, a garter belt, high heels (w/closed toes), and red lipstick became my “uniform”. This, apparently,mimicked his ultimate fantasy. He would frequently say, “put on your uniform, daddy’s coming home.” As a submissive, I would welcome these commands. He used to tell me, that I was the first woman that he had been with, that he would masturbate to her pictures when he wasn’t with her.
Michael “Clay” Basham loved that I was an athlete parent, because his children are athletes, and it was great that I understood the demanding schedules of athletic children. He also adored my daughter. She liked him too. He told me that I was the first woman in 2 years that he had been in a relationship with or slept with. Everything seemed perfect and I felt special.

Clay would tell me how impressed he was with the fact that I was back in school to earn my bachelor’s degree, which I had never completed. He would remark on how smart I was and tell me how cool it was that I knew so much about different religions. He even thought it was cool that I am Pagan, and asked if he could watch my rituals. His words, remarked deep interest in me.

In a shot gun wedding swiftness, he told me that he loved me and made me feel like the most perfect (for him) woman in the world. Looking back, the aforementioned list of things he said to me (obviously only naming a couple), were likely what he says to all women. But, at the time, they were exactly the words I wanted to hear. I’m pretty sure they are what every woman wants to hear. You’re a great mother, smart, beautiful and my “dream woman”. It was the text book recipe for falling hard. Once I was locked in, the Devaluation Phase swiftly kicked in… Stay tuned for part 2 of Relationship Phases of the Narcissistic Sociopath.