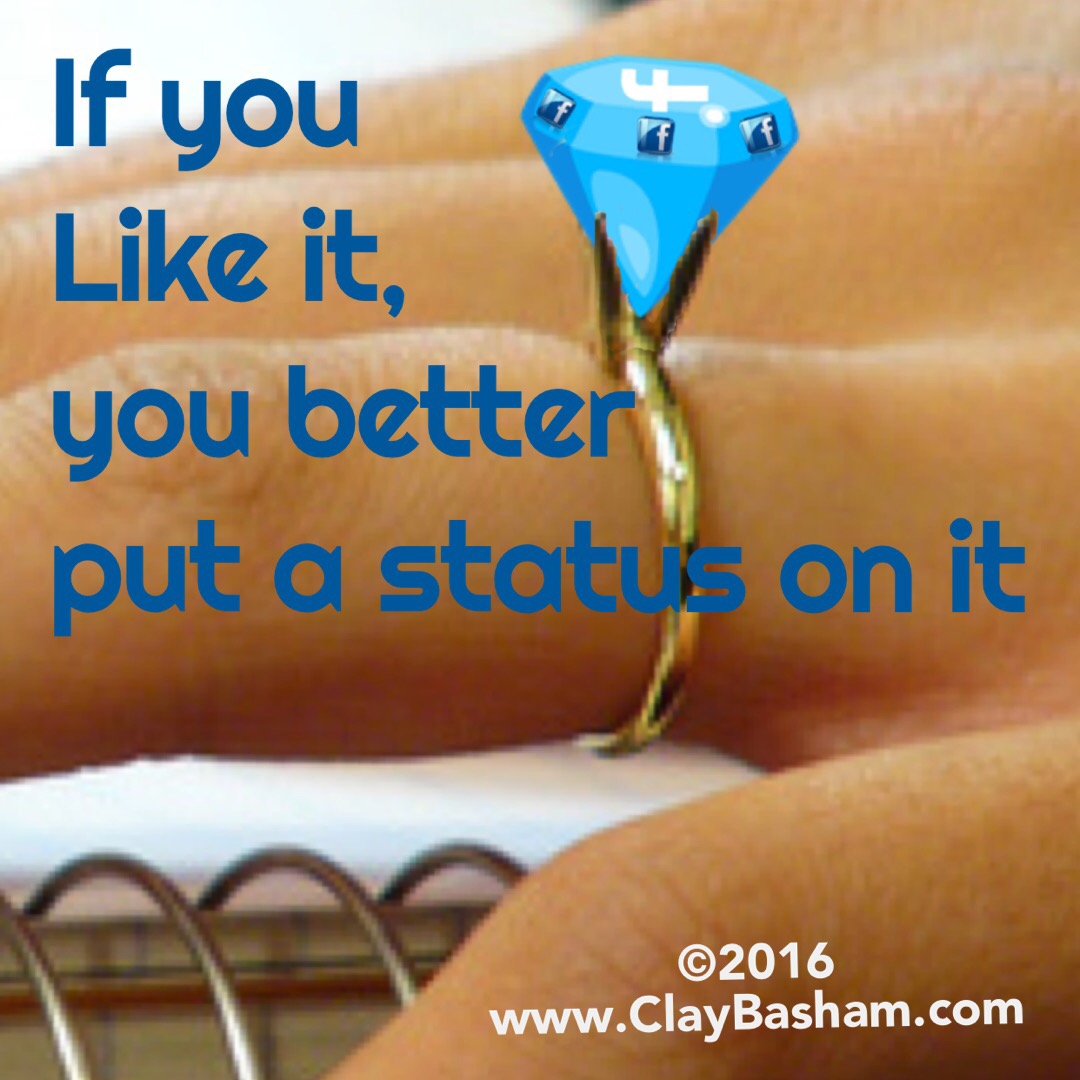 If You Like it, You Better Put a Status on it!

My Opinions and Banter:

Clay and I met on Tinder. He never deleted his profile on Tinder during our whole relationship, saying that he “didn’t know how”.  Michael “Clay” Basham, has mastered “playing dumb”.  The stupid look on his face when you call him out, makes you actually believe it.

You’d be hard pressed to see him read a book, or anything besides a FaceBook Meme, for that matter.  What he lacks in actual education, he makes up for in lies and fancy footwork.  He’s so good at making excuses, that they just roll off of his silver tongue.  He always seems to know what the perfect thing to say is.

So, on that fateful day that I started to question his intentions, is the day that he blocked me on Facebook.  We were still dating!!! In retrospect, since he never deleted his Tinder account, and I later found that he had opened another dating account, he was likely dating other women the whole time we were dating.  Of course, I cannot prove that. But, he did get dressed up to allegedly have drinks with friends while borrow my car.  Yes, having a shitty truck is the byproduct of not being able to keep a job for very long.

When I paid to take both of our children to Universal Studios, he was careful not to post any pictures that I or my daughter was in.  The most you will find on his FaceBook are pictures of his heyday, pictures of is children and narcissistic selfies with kissing lips.  I know, the kissing lips are a red flag.  What kind of “man” makes so many missy faces!?!?!?!

Michael “Clay” Basham is a typical “reposter”.  You know the ones I’m talking about.  The ones that don’t have anything real to say, but will make statements through other people’s meme’s.  The most ironic being the music video about a penis not working anymore.

You’re probably wondering how long he strung me along after blocking me on FaceBook.  As embarrassing as it is to say, for a while.  While he was playing dumb, I was apparently being dumb.  My advice to any woman thinking that she is exclusive with Clay, is not to believe it, unless he AT LEAST is willing to publicly acknowledge you.  And make sure other people can see it too.

6 thought on “If You Like it, You Better Put a Status on it!”