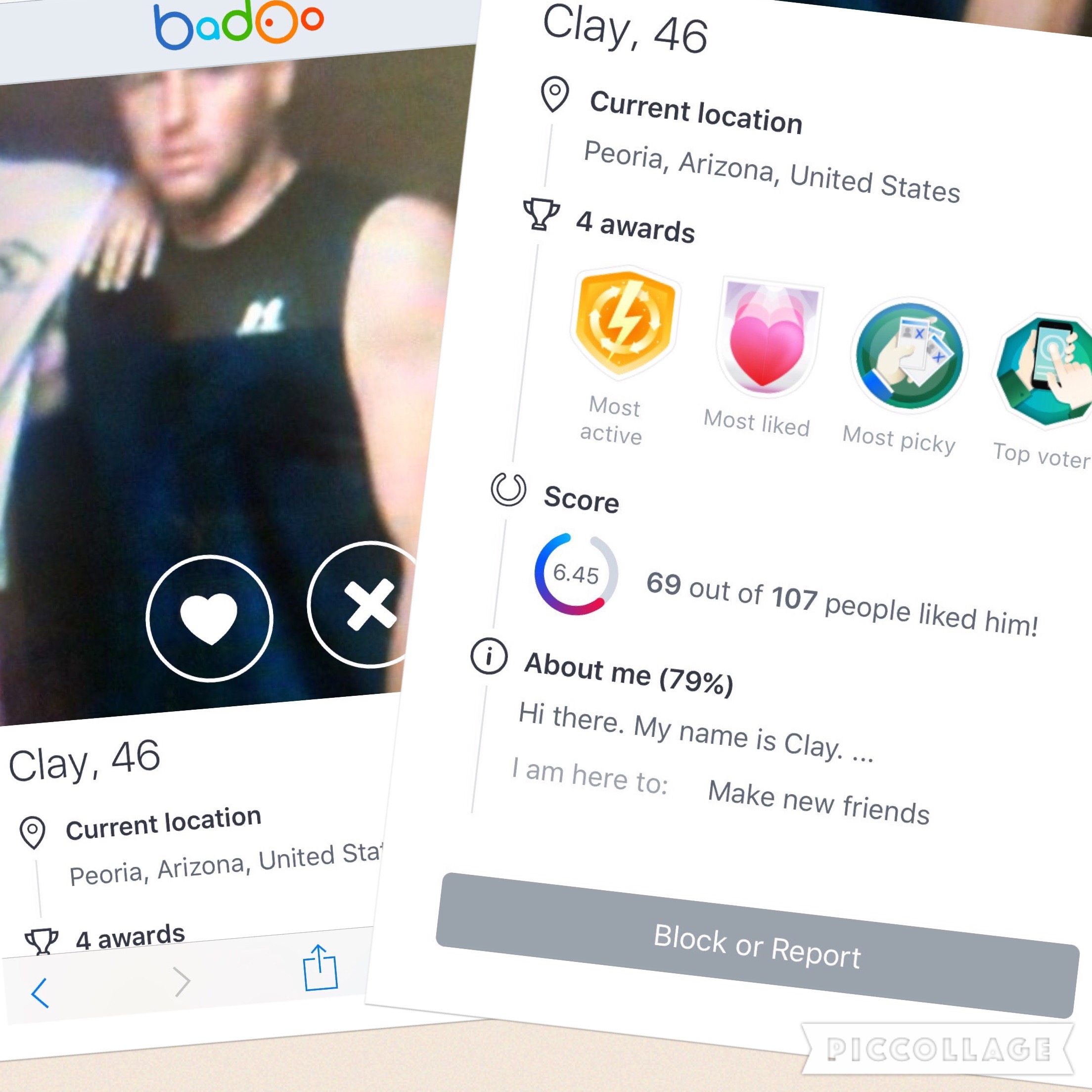 I’ve been sitting on this for a couple of weeks.  I kept telling myself Michael “Clay” Basham couldn’t really be this stupid.  While I know the answer to that, the other alternative is that it was an account made to bait me into writing about it. What do you think? Whatever the reason that account is active, Michael “Clay” Basham’s serial infidelity is something that women who may be subjected to him, should be aware of.
While dating Michael “Clay” Basham, I noticed that he was on the dating site, Badoo.com. I was livid. I confronted him, and he assured me that it was from before we were dating. I pointed out that the city he was living in reflected the city he was currently living in, not the one he was living in when we started dating. He quickly changed his story and told me that it must have been when we were on a break, that he never dated anyone on it, and was just messing around at a moment he was lonely. Like his Tinder account, he couldn’t figure out how to delete it. Interesting. His account said “Most Active”, “Most Liked”, Most Picky”, and “Top Voter”. That’s a LOT of awards for a guy that was just on for a short minute!

Shortly thereafter, the account was gone. The alleged new wife later told me that she had helped him delete the account. Maybe he didn’t know how, after all! Lol. Well, it’s back again. And with the current city of residence! I’m sure this link will be gone soon, but until then, here it is! https://m.badoo.com/en/profile/1363989177/ and here’s a picture of the profile, since I’m sure it will mysteriously disappear, although that might require the assistance of the alleged new wife:

He’s supposed to be married, but I doubt he’ll ever take himself off the market, much to the detriment of those in the dating field. The upside of Michael “Clay” Basham continuing to date, is that he’ll probably keep a job, since he’ll need an excuse to get out of the house.
Another possibility, there could be another “Clay” that’s 6’9″, 251 lbs. 🙄, with an athletic body 🙄, blue eyes, already has kids, and is a drinker…

How this guy dates so much with a virtually inoperable penis, is beyond me.

See you next time!  And, don’t forget! Save a single mom, and pass this website on!